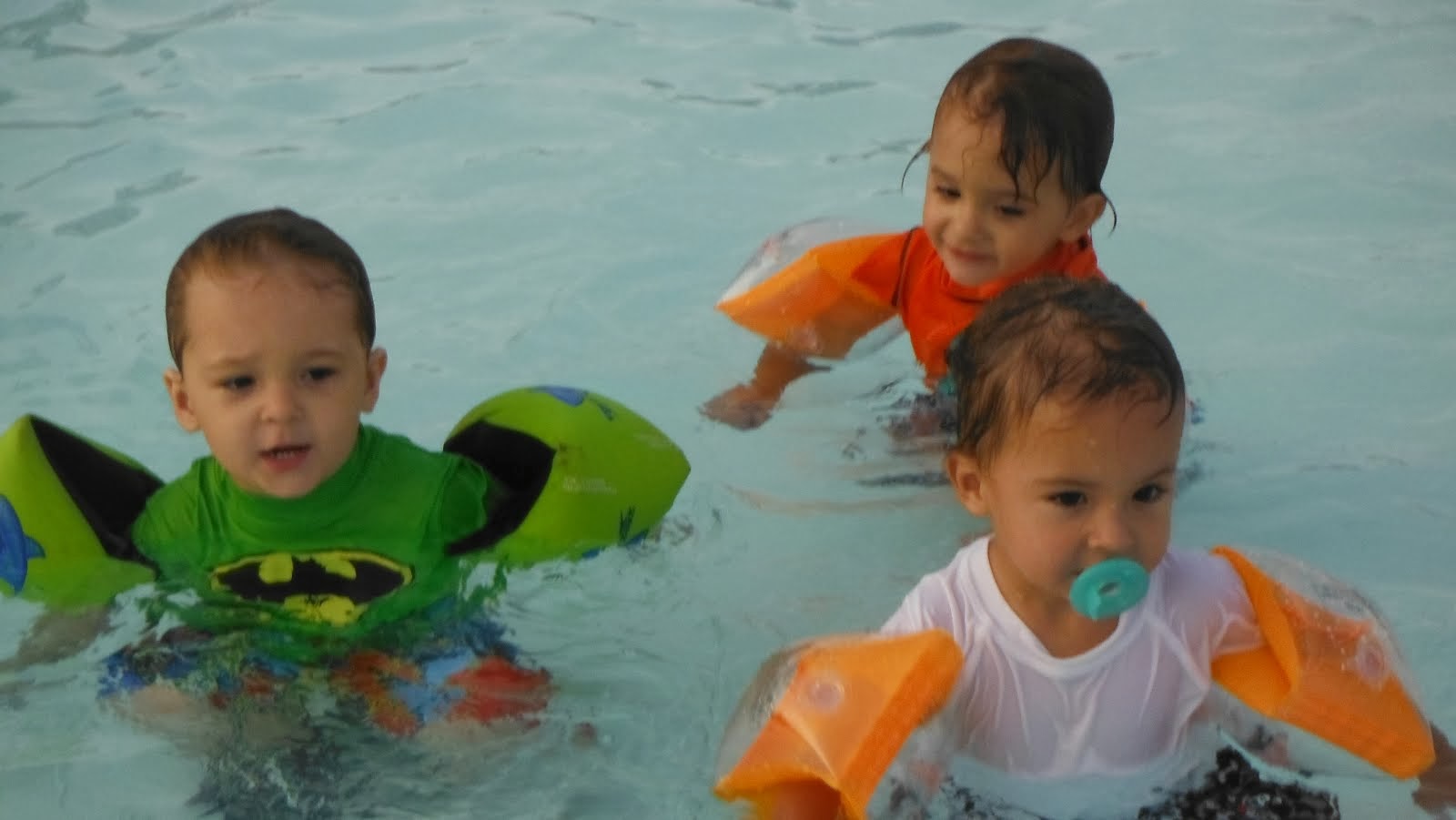 A few weeks ago I wrote a raving blog about Anže and all the milestones he's been reaching. Well, I've been feeling like I was playing favorites or something since then. So, here I am finally taking a moment to sit and brag about my little Luca!
Little things about my little guy: He loves food. If someone, anyone has food around him you better believe he's going to flash his cute chubby cheeked smile at you for some. We went to a Kings' game the other night and the person next to us had popcorn. He spent the entire game leaning over trying to grab the tub. Even when the guy switched to his beer Luca was all over it. He could probably just sit and eat all day!
Luca is also a fantastic sitter. He has great posture. He loves to sit (unless his diaper needs changing). He's totally and utterly content to just sit and play. He is able to get onto his stomach. He's able to reach all the way down and pick something up and sit himself back up without loss of balance. His ab muscles are amazing LOL. Well, this past week while sitting a sing songy commercial came on the tv and Luca began to rock back and forth bobbing his head to the music. Albeit cute it wasn't the first time... However, on the occasion he also began to clap!!!
Now he claps ALL the time! Every time there is something with any sort of rhythm he's clapping. He is also smiling the entire time. Perhaps he will be a musician some day... For now he's my tiny little tambourine man and I couldn't be prouder!
Posted by Momx3boys at 5:26 PM 1 comment:

It's a rare moment when you can stop and truly reflect on your life and the bounty of blessings that God has bestowed upon you. Today I had one of these moments.
Life lately has been full of milestones and achievements. The twins are "mobile" and healthy. Yurchik is chatting away (and getting in fights with doors resulting in black eyes!). None of these compare to the moment when the instructor let go of Jr's hands on the ice rink and Jr skated towards him. I know it was only a few steps and he is by no means an Olympian or an NHL star, but to see the joy in his eyes as he realized he accomplished something brought the tears aplenty to his mother's eyes. I am constantly in awe of my children and the amazing things they can do. These small moments in our adult world are gigantic steps in their lives. Thank goodness that videography was created so that one day they can look back and see how far they have come.
Take a moment in your day and think about the things you take for granted that may be huge to someone else. Hug and kiss your loved ones and tell them how proud you are of them...these moments truly are rare.
Posted by Momx3boys at 7:14 PM No comments:

Anže has been hitting the milestones one after another and I'm constantly telling myself I need to blog about them. Well, life gets busy and I forget. So... here I am with Jr watching a truck video on my lap way past his bedtime finally blogging.
So here we go... Anže has been rolling like crazy. He just flips himself over stomach to back and back to stomach. Then he changes it up and goes on his back or stomach around in circles so his head is now where his feet were and vis versa. He has also mastered the backward schooch. It's hilarious when he cries because he can't back up anymore!!

December was the month of movement for him in regards to becoming mobile. January is proving to be just as exciting. He started the year off with his first word (although I think he has said Hi before but I've had no witness to verify I heard him correctly!), "Mom"... on mom's birthday!!! Best birthday present ever! (Luca followed a few days later with 'dada" and has continued to say it over and over and over... Anže's mom on the other hand seems to have a birthday gift once in a lifetime because he hasn't said it since! LOL...
Shortly after the mom came his first tooth... he now is known as snaggle tooth!
Just when I thought the milestones would slow he went and gave his first high five to his namesake Anže Kopitar from the LA Kings!! (We were fortunate enough to attend a players meet and greet where we got to meet quite a few players from the team! It was an awesome experience!).
It's only the 10th day of January... I wonder what Anže has in store for the rest of the month!! 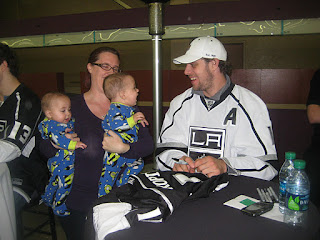